That there were two articles written by different first authors of the same last name this week, both of whom described issues related to property, ownership, and sharing, seemed to add a new layer of complexity to the issues at hand. How can one prove ownership of property if one cannot prove to be themselves and no one else?

In any case, the two articles demonstrated different aspects of collaboration and openness with respect to the distribution and use of digital property. A. Hyde et al. (2012) provide an overview of what constitutes sharing and collaboration of intellectual property. Drawing a distinction between sharing and collaboration, the authors suggest that to share content involves treating it as a social object that can be directly linked to author, whereas in collaboration, the direct linkage between author and the content produced is less clearly observed. In the case of Wikipedia, all edits are preserved but the final written article as it appears could consist of multiple edits. Though Wikipedia articles are in some ways culturally constructed, there are safeguards against the falsification of information, as noted by the Colbert Report incident. How might having a distributed network of authors affect the product of a collaboration, and is the accuracy of the information source any more or less questionable than a piece written a solitary author?

A. Hyde et al. (2012) continue by outlining criteria of questions for a successful collaboration. Included are questions or intentions, goals, self-governance, coordination mechanisms, knowledge transfer, identity, scale, network topology, accessibility, and equality. The question or network topology stuck out as an important issue, yet one that I had not considered before as an aspect of collaboration. In the case of Wikipedia, contributions appear to be individually connected, unless there is a conflict with two editors working at the same time. In any given collaboration, is it possible to sketch out a model of the roles and tasks of the individuals or entities involved? Is it always feasible to do so?

Whereas the A. Hyde et al. (2012) discuss the process of collaboration, L. Hyde focus proprietary aspects of collaboration, specifically the “commons.” In contrast to views that place the idea of a commons outside the realm of physical property, L. Hyde speculates that the commons is in fact property, and by definition, “a right to action.” Later, he elaborates by stating that “a commons is a kind of property in which more than one person has rights,” (p. 27) suggesting that a commons may be inclusive of larger units of contributors. The word “commons” itself apparently has been derived from proprietary feudal systems, where such a thing would ultimately be under the ownership of nobility and in order to be used by others, they would have to contribute certain goods or resources in exchange. In this case, a commons was typically a piece of land jointly used by multiple individuals for agrarian purposes. These types of systems strictly controlled the use of the commons as well as any product reaped from it. According to the author, a modern commons is a “kind of property in which more than one person has a right of action.” (p. 43) As “commoners,” how should they view their contributions? Can one reasonably expect to have sole ownership of property once its been submitted to a commons?

This week, we again consider the issue of ownership of intellectual property. A Hyde et al. (2012) prompts us to consider the complexities of collaboration, and to think about ways to structure successful collaborations, while L. Hyde describes the evolution of the modern commons as a property with collective ownership. As teachers and academics, in what ways can we effectively structure collaboration and sharing of knowledge in a commons? What recommendations would you have for students and peers to form constructive models of knowledge generation and sharing? 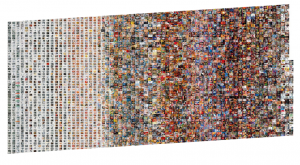 It occurred to me that I had initially agreed to provide a provocation to Manovich’s last week, and I do apologize for not constructing a post in response to the readings and visualizations that were assigned.  While it doesn’t seem fair to detract from the current week’s readings, I would like to pose a very simple question. If one assumes that common knowledge is reproducible, yet creativity  and other forms of nontangible and cultural knowledge are unique sources of information, does the sum of all nontangible knowledge ever approach a mass store of common knowledge? In an era when we can quantify cultural knowledge through advanced data science, are we harming the generativity of knowledge? or are we simply pushing the boundaries of knowledge and creativity by reproducing and re-representing information in unique forms?

In “Experience and Education,” John Dewey describes a balance between the personal nature of learning and importance of acquiring knowledge in an organized manner. According to Dewey, this problem requires “a well thought-out philosophy of the social factors that operate in he constitution of individual experience” (p. 7). In many ways, his philosophy is much more theoretically pragmatic than it is applied readily into practice. This can make Dewey seem unapproachable to some, while very profound to others.

Dewey describes the significance of organizing material and experience in a way that progressively builds upon itself. The structure of an authority that does not facilitate learning and experience in such a manner is thus in question. While reading, I considered the arrangement of more traditional classrooms that entailed a dyadic, teacher-student, and did not necessarily account for the dynamic nature of the construction of knowledge within the dynamic classroom between and direct and vicarious interactions of teachers-students, students-students, as well as these interactions between teachers and students with others outside of the classroom. This traditional classroom dynamic seems to have arisen out of the Common Schools Movement, for which Horace Mann is famous, that sought to equalize education for everyone. At the time Dewey was writing, an education that was considered equal was likely one in which a teacher, serving as an authority, had control over the learning experience the students within the classroom.

In some ways, Dewey’s ideas seem like a philosophical reversion to more organic forms of learning like that of an apprenticeship or mentorship. In a model of education that can be both progressive by maximizing the personal aspects of learning and experience while also providing a social structure of knowledge, Dewey describes three steps that are essential for creating knowledge through observation and judgment. The firs phase involves observation of certain conditions, the second phase involves a recollection of the past, and the third phase involves a judgment that puts together what has been observed and what is recalled and how these two experiences relate.

“On the one hand, there [will] be reactionaries that claim that the main, if not the sole, business of education is transmission of the cultural heritage. On the other hand, there will be those who hold that we should ignore the past and deal only with the present and future.”

What role does knowledge of history play in our systems of education? Which side do you support: transmit or ignore? Is it possible to reconcile the two?